People of Banaras are known for being the exponents of literature,  music, Vedic philosophy, arts, crafts and architecture. Socio-economic aspects of the city are highly influenced by the Ganges and on most of the Hindu festivals people can be seen using the bathing Ghats (river fronts) even before daybreak as an important part of their rituals. In Varanasi, the atmosphere is relaxed in general and we can see people chewing the famous 'paan' and chatting in a laid-back manner.

That does not keep Varanasi behind, as is evident from the growing modern industries in the city. Varanasi is also the most ancient seat of  education in India (Sarva Vidya ki Rajdhani) and Benaras Hindu University is still famous throughout the world for its scholars. The city is also a seat for Sanskrit and one can still see the Guru-Shishya tradition being followed here at certain places. 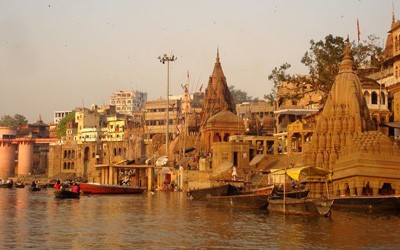