Benarasi Masti - Culture and Lifestyle. Known as the cultural capital of India, Varanasi is famous for its religious and spiritual lifestyle. One of the most important pilgrimage spots for Jains, Buddhists and especially Hindus, Varanasi is situated on the banks of Holy Ganges, which plays an important role in day-to-day lives of the people of Varanasi. Being the oldest living city, Varanasi has been a mute witness to many great historic upheavals and events.

Mythology reins the city and there are many religious places and institutions and places of worship throughout the city where people visit everyday, especially in the mornings and the evenings.On closer look, one can still find the primitive worship cults that are still in practice in the city. The religiosity of the region is evident from the fact that Buddha, Jain Tirthankars, several Shaiva and Vaishnava saints, Kabir and Tulsi were either born here or were associated with the place in a significant way and have spent a long time here. 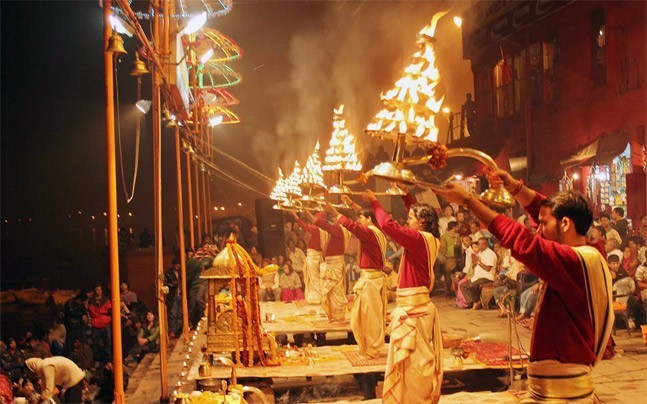 Foreign tourists love to ride horse-driven 'Ekkas' and cycle rickshaws that are still in use here. Indian medical science of Ayurveda, yoga and meditation are cherished here since ages.